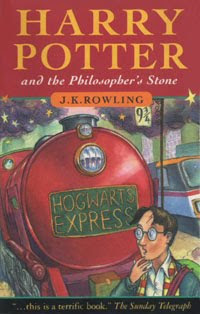 QUESTION: How many publishers rejected Harry Potter and the Philosopher's Stone before it was finally accepted?

I started by putting the question into a Google search:
KEY WORDS: How many times was the Harry Potter book rejected?
There was a discrepancy between many of the websites. Some said 9, some said 12.
Says 9 times:
http://www.dailywritingtips.com/famous-books-rejected-multiple-times/
Talks about book: Written Famous Rejected
http://www.amazon.com/s/ref=nb_sb_noss?url=search-alias%3Dstripbooks&field-keywords=Rejections+of+the+Written+Famous&x=0&y=0
Imdb says 9 times:
http://www.imdb.com/name/nm0746830/bio
After spending six years writing the first installment of her "Harry Potter" novels, Rowling was rejected by 9 publishers before London's Bloomsbury Publishing signed her on.
Says 12 times:
http://www.blurtit.com/q295706.html
Says 12 times:
http://www.lulu.com/static/pr/9_26_05.php
Says 12 times:
Yahoo answers had the best information:
http://uk.answers.yahoo.com/question/index?qid=20080624093953AAVkMpG
Upon the enthusiastic response of Bryony Evans, a reader who had been asked to review the book’s first three chapters, the Fulham-based Christopher Little Literary Agents agreed to represent Rowling in her quest for a publisher. The book was submitted to twelve publishing houses, all of which rejected the manuscript.[29] A year later she was finally given the green light (and a £1500 advance) by editor Barry Cunningham from Bloomsbury, a small British publishing house in London, England.[35][29] The decision to publish Rowling's book apparently owes much to Alice Newton, the eight-year-old daughter of Bloomsbury’s chairman, who was given the first chapter to review by her father and immediately demanded the next.[36] Although Bloomsbury agreed to publish the book, Cunningham says that he advised Rowling to get a day job, since she had little chance of making money in children’s books.[37] Soon after, in 1997, Rowling received an £8000 grant from the Scottish Arts Council to enable her to continue writing.[38] The following spring, an auction was held in the United States for the rights to publish the novel, and was won by Scholastic Inc., for $105,000.
But then, I looked at the bottom of this site and found that they had simply copied the information from Wikipedia!
http://en.wikipedia.org/wiki/J.K._Rowling
After reading that the Christopher Little Literary Agency was the one to represent Rowling, I put their name into a Google search to see if the site had any information about the decision to accept it.
KEY WORDS: Christopher Little Literary Agency Rowling
http://www.guardian.co.uk/business/2007/jul/15/harrypotter.books
Bryony Evens, his office manager at the time, has said that it went straight into the reject basket because 'Christopher felt that children's books did not make money'. But its unusual black binding caught her eye, prompting her to read the synopsis and show it to Little. He recalled: 'I wrote back to JK Rowling within four days of receiving the manuscript. I thought there was something really special there, although we could never have guessed what would happen to it.' He managed to sell it to Bloomsbury for £2,500, but later reaped huge rewards from international rights and has won a reputation as a brilliant deal-maker who puts Rowling first.
Because the stories of how it was accepted varied so widely, I decided to try Google Scholar to see if I could get some more reputable information:
Google Scholar:
KEY WORDS: List of agents that rejected Harry Potter
http://books.google.com/books?hl=en&lr=&id=qQYfoV62d30C&oi=fnd&pg=PA27&dq=list+of+agents+that+rejected+harry+potter&ots=Z4ZVHY2m4E&sig=2D89TCXzr5ZMieVwFFeYXe63KDc#v=onepage&q=agents&f=false
More information: Rowling submitted to Little because she liked the name. Little read it over lunch and sent her a letter telling her they would represent her book. They sent her book to the three major publishing houses. Penguin, TransWorld and Harper Collins all turned it down because of the 120,000 word count.
I also tried the CSUN library.
Library Key Words: Harry Potter rejected; Harry Potter publishing. This revealed only books about the numbers of books published, how it affected the publishing industry, etc ... nothing on rejection.
MLA Key Words:
Harry Potter Rejected: Nothing
Harry Potter Publishing: Again, only articles on the publishing numbers and industry. Nothing about the rejection.
So, I couldn't find any information on it in the CSUN database, maybe because the question is too pop culture based. A more extensive search might have eventually revealed a few lines in an article or two.
As a last resort, I went to the Santa Monica public library where I live and checked out two biographies on J.K. Rowling.
One, called J.K. Rowling: The Wizard Behind Harry Potter by Marc Shapiro, confirmed that Christopher Little was the one to represent Rowling, but still did not give concrete facts about the publishing: "Mr. Little began sending out Harry Potter and the Sorcerer's Stone to some of the biggest publishers in England. And as he had predicted, it was a long, hard road to being published. Before long, the first of a seemingly endless stream of rejections arrived at her agent's door" (Shapiro 74).
Another, titled J.K. Rowling Banned, Challenged and Censored, An Unauthorized View by Joan Vos MacDonald, says it took the Christopher Little Agency "almost a year to find a publisher for the book" (MacDonald 39). But, gives no number of rejections.
SO ...
What I can say with a fair amount of certainty is that about a dozen publishing houses turned the book down, including Penguin, TransWorld and Harper Collins. The Christopher Little Literary Agency was the one to represent Rowling and finally to sell the book to Bloomsbury Publishing House in the UK and later to Scholastic, Inc. in the U.S.
Works Cited:
Shapiro, Marc. J.K. Rowling: The Wizard Behind Harry Potter. St. Martin's Press. New York: St. Martin's Press, 2000.
Vos MacDonald, Joan. J.K. Rowling Banned Challenged and Censored: An Unauthorized View. New Jersey: Enslow Publishers, Inc, 2008.
Posted by Keli at 9:38 AM